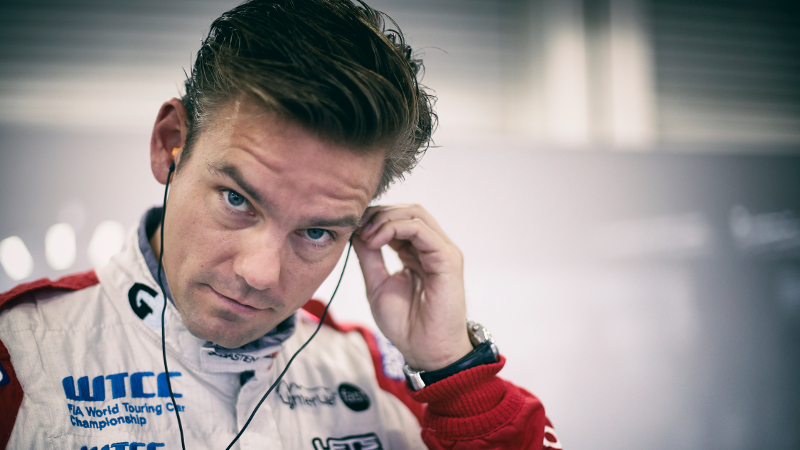 Chilton has spent the past five years racing on the world stage, and last competed in the BTCC in 2011 when he was at the wheel of an S2000-spec Ford Focus.

During his tenure in the WTCC, Chilton achieved four outright victories, and recently enjoyed his best-ever season of racing in the championship with Sébastien Loeb Racing, taking six podiums on his way to eighth overall in the standings.

The Brit recently spoke with TouringCars.Net about his plans for 2017, revealing that the BTCC was one of his options after he expressed frustration at the escalating costs of competing in the WTCC.

Now the 31-year-old will race one of the brand new NGTC-spec Vauxhall Astras in the 2017 BTCC, rekindling a works relationship that saw the team and driver last paired together a decade ago in 2007.

Chilton will partner young driver Senna Proctor in the team, which has aspirations of moving up the grid next year.

“I am delighted to be back in the BTCC,” said Chilton. “I have continued to watch as a fan while racing in World Touring Cars and the itch to get back behind the wheel on British soil has never gone away. So you can imagine how excited I was when Adam got in touch, plus to get to return in a Vauxhall Astra, a car that I know and love is a dream.

“I am confident that Power Maxed Racing will be front runners and scoring podiums, the team are fantastic, and I can’t wait to get behind the wheel.”

Power Maxed Racing Team Principal Adam Weaver believes that Chilton will be an ideal role model for his young signing next year.

“I have known Tom for a while now and followed his career with interest, which has now paid off,” said Weaver. “His experience and work ethic is second to none, he knows what’s coming and will be a great role model for Senna as well as a proven race winner.

“We knew last year that we had the ingredients for success but like a cake you can’t rush it, but maybe, just maybe this year we can have our cake and eat it!”

The team’s pair of new Vauxhall Astras will be revealed at the Season Launch at Donington Park on 16 March 2017.