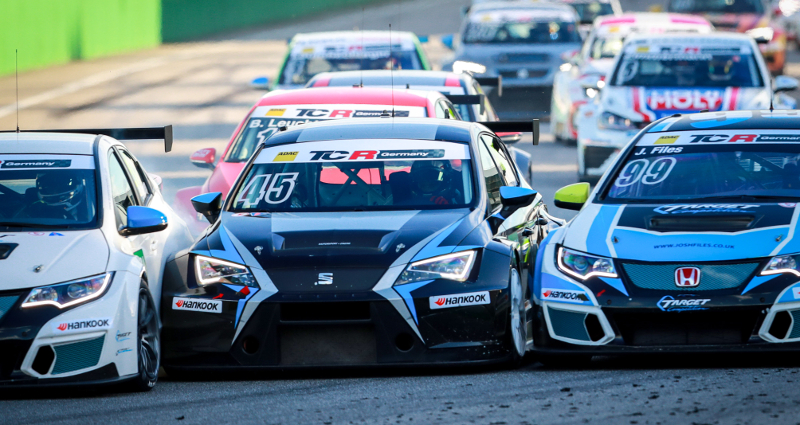 Simon Larsson and Jürgen Schmarl will remain with Target Competition in the 2017 ADAC TCR Germany Series, continuing the relationship which saw both drivers race for the team this year.

Schmarl started the season racing a SEAT León for Target, but switched over to a Honda Civic TCR for the third meeting of the year.

By continuing with Target and his Honda for 2017 it marks the fourth consecutive season that the 42-year-old has raced for the team.

“I am really happy to return for another season with Target Competition,” said Schmarl, who finished 11th overall in the drivers’ standings after one podium in 2016.

“Having driven for them now for over three years they have become my second family and I look forward to every race weekend we compete in together.”

Team Principal Andreas Gummerer was pleased that a deal could be done with Schmarl once again for the forthcoming season.

“Schmarli is a very important addition to our team,” said Gummerer. “When he was unable to make Zandvoort this year, we really felt that there was a piece of our Target puzzle missing.

“With the Honda he has really improved also in his driving, shown by his fantastic pole position at the Nürburgring and we very much look forward to building on his speed and also our long relationship.”

In addition to Schmarl, 19-year-old Swede Larsson will continue with the team next year, having made his début with Target Competition at the sixth meeting of the year at Zandvoort.

Larsson, who also competed in the Audi Sport TT Cup in 2016, will be racing one of the team’s brand new Audi RS3 LMS cars alongside Tom Lautenschlager.

“I have a very close relationship with Audi, whose professionalism is enhanced by their complete motorsports program,” said Larsson. “The fact that I also raced in the championship last season is perfect, so I have the opportunity to establish myself at the absolute pinnacle of touring car racing in Germany and achieve my goal to race in TCR International.”

Co-Team Principal Markus Gummerer added that he is pleased to be able to work with Larsson again in 2017.

“I’m really happy that Simon is coming back for another season with us. I’m sure we will be able to build on some already strong signs of speed we had with him in the two rounds he competed with us in 2016.”