Mike Halder to continue in TCR Germany in 2017 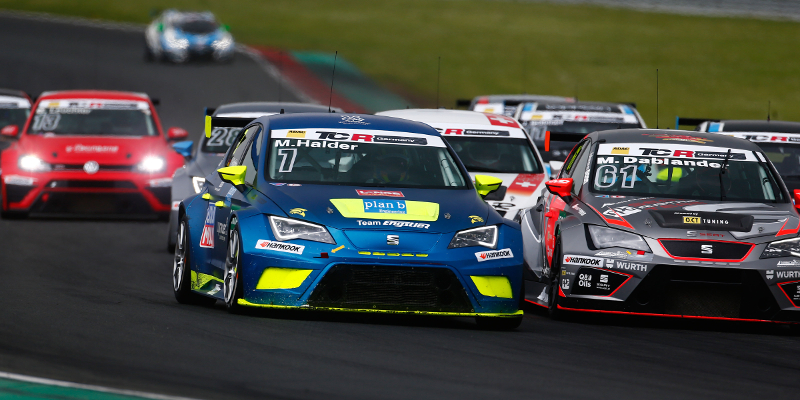 Young German Mike Halder has revealed that he plans to continue in the ADAC TCR Germany Series for 2017, after a strong 2016 season that saw him finish sixth overall in the championship.

Halder took part in the inaugural TCR Germany season in 2016 with Liqui Moly Team Engstler, finishing the year sixth overall in the drivers’ championship, having taken three podium finishes in the process.

The 20-year-old competed for most of the season in an older-generation SEAT León Cup Racer, before upgrading to a newer TCR-specification car for the final round at the Hockenheimring.

“I was on the podium three times in the past season, and I’m very satisfied with sixth place in the final classification, especially considering the fact that I started with the old 2015 SEAT model,” said Halder.

“The first year of ADAC TCR Germany is hard to beat, as there is not much room left for improvement, but with a competitive car, I can count on opportunities. After the first season, we were able to win some sponsors again, so we are on the right track.

“I am definitely driving in ADAC TCR Germany and I hope I can compete with a competitive car in 2017. The SEAT belongs to me, but I’m not completely tied to the car; I have ideas but I’m keeping my options open at the moment.

“There is certainly going to be a lot going on in the next four to six weeks – the next two months are crucial.”

“After taking sixth place this year, when I had the chance to finish third overall in the final, my goal for 2017 is to go even further,” added Halder. “I want to be among the top three and compete for the championship.

“The first tests were very good, and I will work on my shortcomings to get even better; you can always improve.

“As far as the coming year is concerned, I am particularly looking forward to the races at the Sachsenring, which will meet me with its undulating profile, as well as the dunes in Zandvoort.”