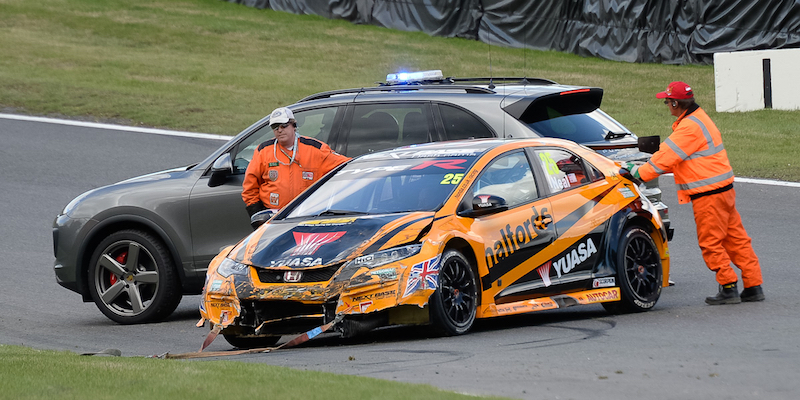 Halfords Yuasa Racing’s Matt Neal will not take part in the final race of the 2016 British Touring Car Championship, having been ordered to do so on medical grounds.

The three-time champion suffered an engine shutdown on the run down to Graham Hill Bend after setting the fastest lap of race two on lap three. This was before his Civic Type-R collided with the MG6GT of MG Racing RCIB Insurance’s Ashley Sutton, as Neal tried to avoid the fast-closing field.

After being spun into the barriers, the three-time BTCC champion was diagnosed as having suffered a concussion due to the type of impact.

This also eliminates him from the 2016 drivers’ title fight, which is now between Sam Tordoff, Gordon Shedden and Colin Turkington, with the trio split by 10 points.

This is as well as reducing the amount of points that can be scored by the Team Dynamics-backed outfit, regarding both the Manufacturer and Team championships.