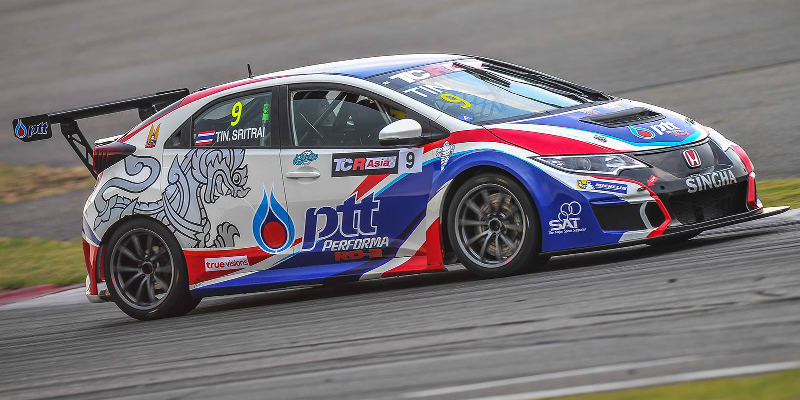 Team Thailand’s Tin Sritrai was dominant in qualifying for the TCR Asia Series’ third round of the season in Shanghai, with the Thai ace putting his Honda Civic on pole position for the second time this season.

Sritrai took pole position by just 0.085 seconds from Liqui Moly Team Engstler’s Andy Yan, who had earlier been over two seconds off Sritrai’s pace in his Volkswagen in Q1.

Another two Macanese racers qualified in fifth and sixth, with Kevin Tse in his Teamwork Motorsport Volkswagen Golf ahead of the identical car driven by Liqui Moly Team Engstler’s Filipe Clemente de Souza.

Local racer Neric Wei Chaoyin qualified in seventh on his début in the TCR Asia Series, as the Son Veng Racing team also marked its first appearance in the championship.

Kenneth Ma Hon Wah gave the re-worked Ford Focus of the FRD Racing Team its first outing of the season in Q1, but ended up almost ten seconds off the pace as the car completed little prior running.