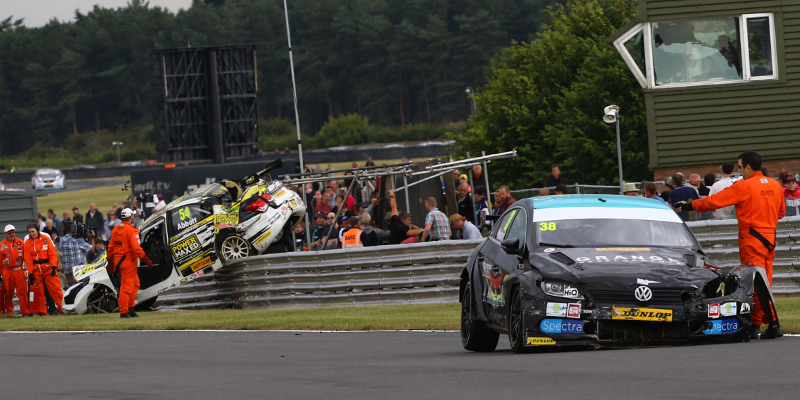 Alex Martin has been officially reprimanded and handed penalty points for an accident in the second British Touring Car Championship race at Snetterton, whilst Mark Howard and Gordon Shedden have been given verbal warnings.

Martin was deemed to be at fault for a start-line accident in the third BTCC race at Snetterton, which saw him contact BKR’s Howard and ultimately cause Hunter Abbott to be sent into a roll that knocked over a TV camera platform.

The incidents were investigated as part of the pre-Knockhill preparations.