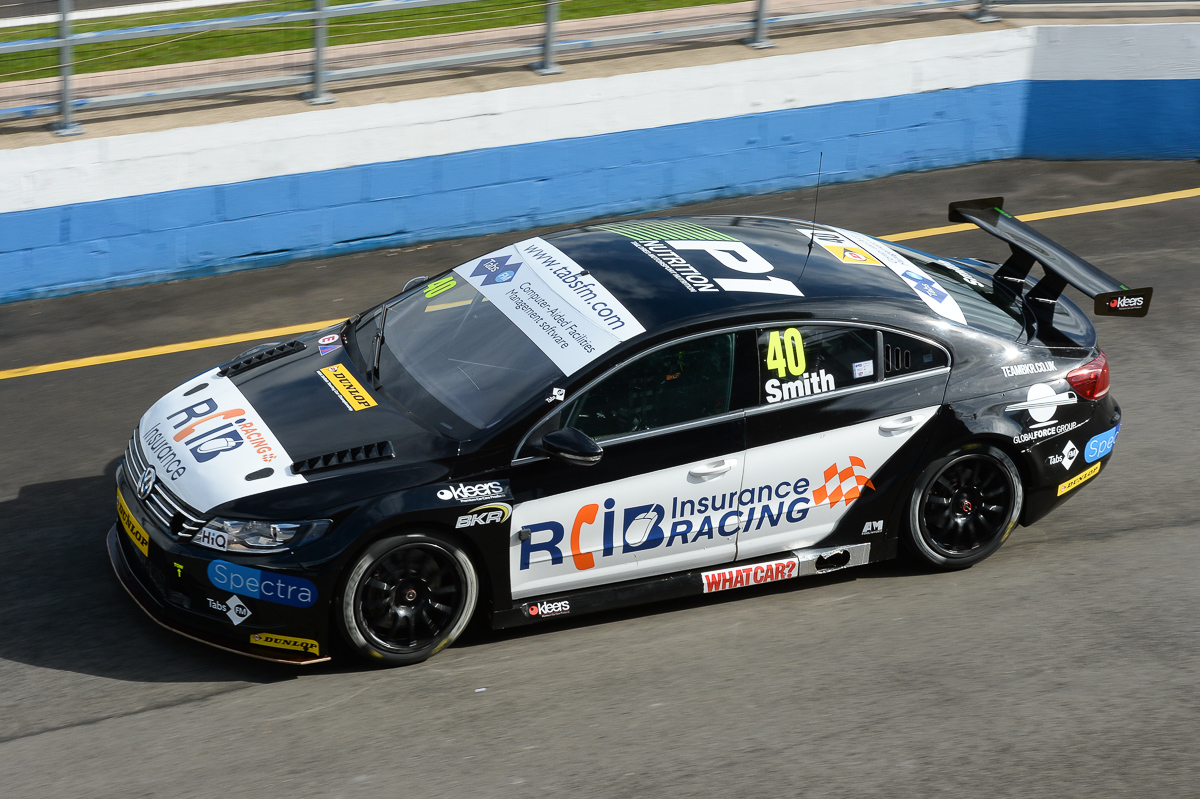 The Irishman fended off late pressure from defending champion Gordon Shedden to claim the final spot on the rostrum, and was understandably pleased with striking another strong result on the board for the GPRM-shod Volkswagen CC.

“It was a hard one though. I earned that more than I did the podium at Brands. The racing was good and everyone was clean and fair.

The race itself was another frenetic encounter, with Rob Collard emerging victorious ahead of race one winner Mat Jackson. Smith admitted his move to claim third on the inside of the Esses was simply a case of being in the right place at the right time.

“I was in the right place at the right time at the chicane when a couple came together down there, it was a bit of luck. It was a race where I could have ended up in the barrier a couple of times on a different day but I didn’t.”

The final race of the day at Donington gets underway at 17:17.