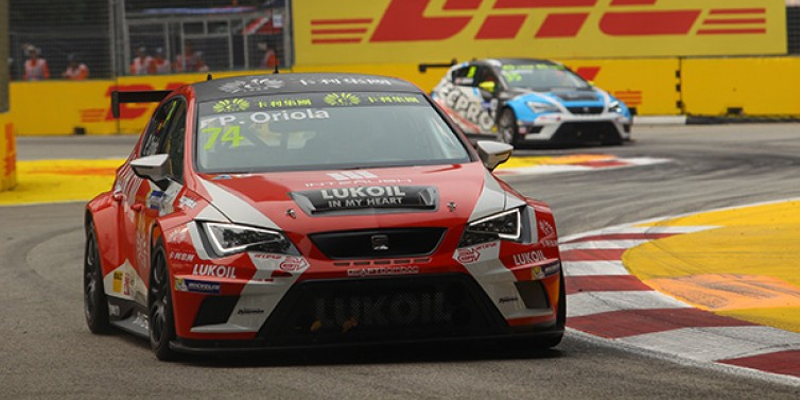 The two Craft-Bamboo SEATs at the front were followed by a pair of WestCoast Racing Honda Civics, with Gianni Morbidelli in third and Kevin Gleason in fourth. Only three cars were within a second of Oriola’s pace, with the circuit having a lap time of almost two and a half minutes for the TCR cars.

Liqui Moly Team Engstler’s Mikhail Grachev was fifth fastest, competing in only his second meeting at the wheel of the team’s Volkswagen Golf.

Loris Hezemans was the quickest débutant in sixth, ahead of the third Craft-Bamboo SEAT of Jordi Gené.

George Chou in 14th place was the fastest of the TCR Asia Series competitors, putting his Roadstar Racing SEAT ahead of the Prince Racing Honda of Kenneth Lau.

The brand new Subaru STi TCR car of Top Run Motorsport failed to complete a lap in the session, with Luca Rangoni sidelined for the hazy half-hour session.