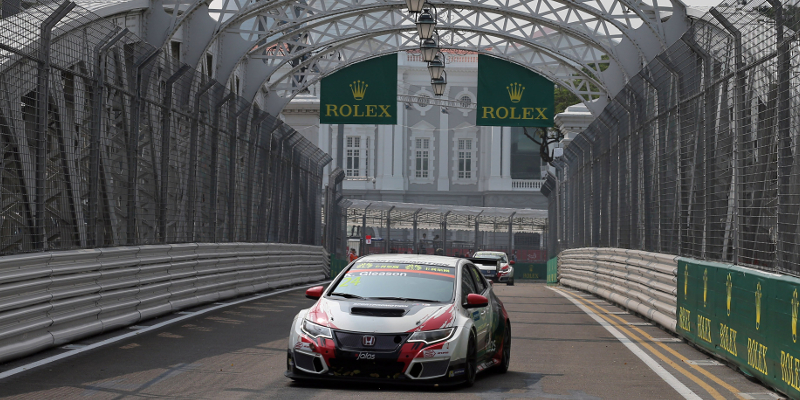 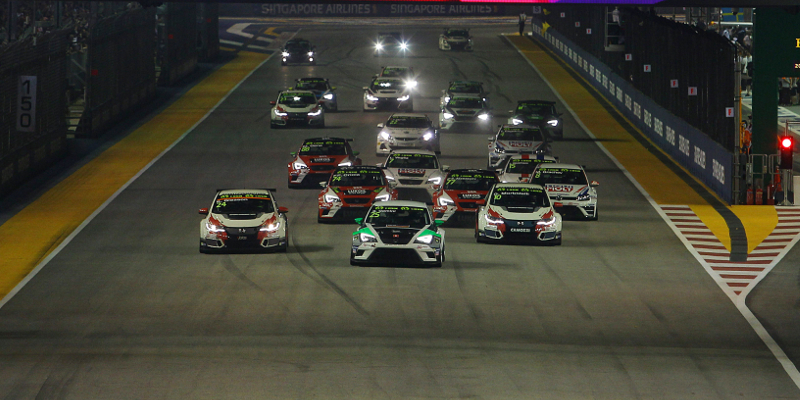 WestCoast Racing’s Kevin Gleason took victory in the opening TCR International Series race on the streets of Singapore, after the American passed pole man Stefano Comini for the lead with just three laps to go.

Gleason took the lead at the end of lap seven when Comini, who had led the race from pole position up to that point, appeared to slow with a temporary electrical gremlin exiting the final corner. Gleason powered his Honda past along the pit straight to take the lead which he would hold for the next two laps, taking his second win of the season.

Morbidelli finished in third, making it two WestCoast Honda’s on the podium, despite the Italian admitting that he was feeling under the weather during the race.

Craft-Bamboo Racing’s Pepe Oriola was fourth, despite the Spaniard making late-race challenges on Morbidelli for the final podium position. His two team-mates Sergey Afanasyev and Jordi Gené were behind in fifth and sixth positions respectively.

Mikhail Grachev brought his Liqui Moly Team Engstler Volkswagen Golf home in seventh, ahead of team-mate Lorenzo Veglia in eighth and Target Competition’s débutant Loris Hezemans in ninth. The trio enjoyed a close battle in the second half of the race, but ultimately remained in formation.

After the struggles of getting their brand new Subaru Impreza STi TCR car to Singapore, Top Run Motorsport were granted permission to race the car from the back of the grid. Luca Rangoni enjoyed a solid race, bringing the car home in 15th position as it ran trouble-free in its first-ever race.

There were embarrassing scenes for Hong Kong racer Mak Hing Tak on the formation lap, as he lost control of his Campos Racing Opel and spun into the wall. On the opening lap of the race, George Chou also made contact with Filipe Clemente de Souza, sending the latter into a spin.