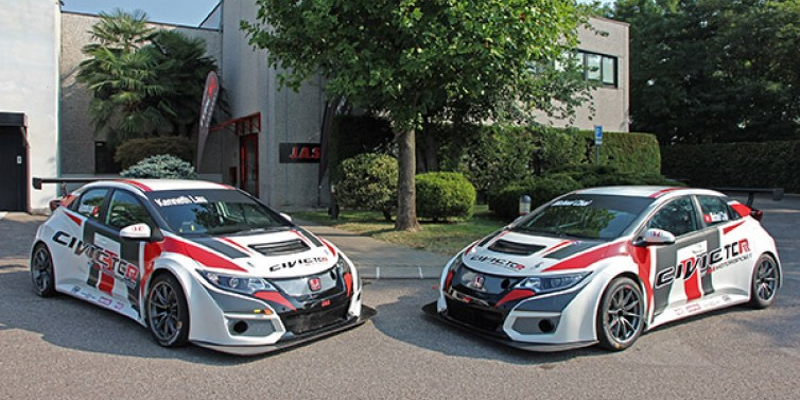 The two new Civics will be raced by Kenneth Lau and Michael Choi and run by JAS in the events. First racing in Sepang, the cars will then go on to race on the international stage in Singapore, Thailand and Macau.

Both Lau and Choi are experienced racers and have run JAS-prepared Accord cars since 2009. The pair had already announced plans to enter the TCR Asia Series.

“These are the first JAS TCR cars in Asia”, said Mads Fischer, Customer Support Manager for JAS Motorsport. “Kenneth and Michael have been loyal customers of JAS for years and we are delighted that they are joining the TCR category.

“We have a lot on enquiries from Asia and have laid down a batch of six cars to be ready for January delivery as we expect existing and new customers to sign up for the TCR Asia series. The Benelux series is also picking up speed quickly and we expect to have cars running there in 2016.”