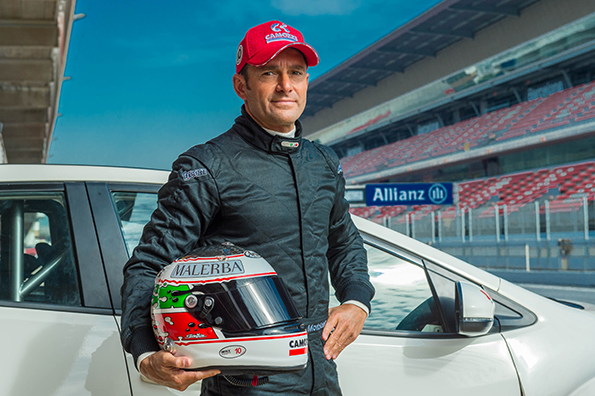 Gianni Morbidelli has become the latest name to be added to the inaugural TCR International Series grid after signing for West Coast Racing. The experienced Italian, who took a single reversed grid win in the WTCC last season at the Hungaroring, joins the multiple STCC-winning outfit after a successful two-day test of the new Honda Civic TCR in Spain and Italy.

“I am genuinely excited about joining WestCoast Racing and I will use all of my experience to do the best job possible,” said Morbidelli. “My first impressions of the team, the Honda Civic TCR and the TCR International Series are very good and I’m ready for a new challenge.

“Everything is new so we’re all starting from zero and, while the car is still in the early stages of development, I believe WestCoast Racing has the ability and the determination to succeed, having met them and tested at Barcelona and Vallelunga. I’m sure they will do a fantastic job.”

Morbidelli, who previously raced in Formula One for Minardi, Ferrari, Footwork and Sauber, joins American Kevin Gleason, the team’s only other confirmed driver so far. The team’s third driver is expected to be announced in the coming days.

“In WestCoast Racing’s first year in the TCR International Series, securing a driver of Gianni Morbidelli’s calibre is a very proud moment,” said Team Manager James Nixon. “By being able to announce such a driver shows the team’s intentions for this championship. Together, we are aiming high.”