Matt Neal sets the pace in first practice of 2010 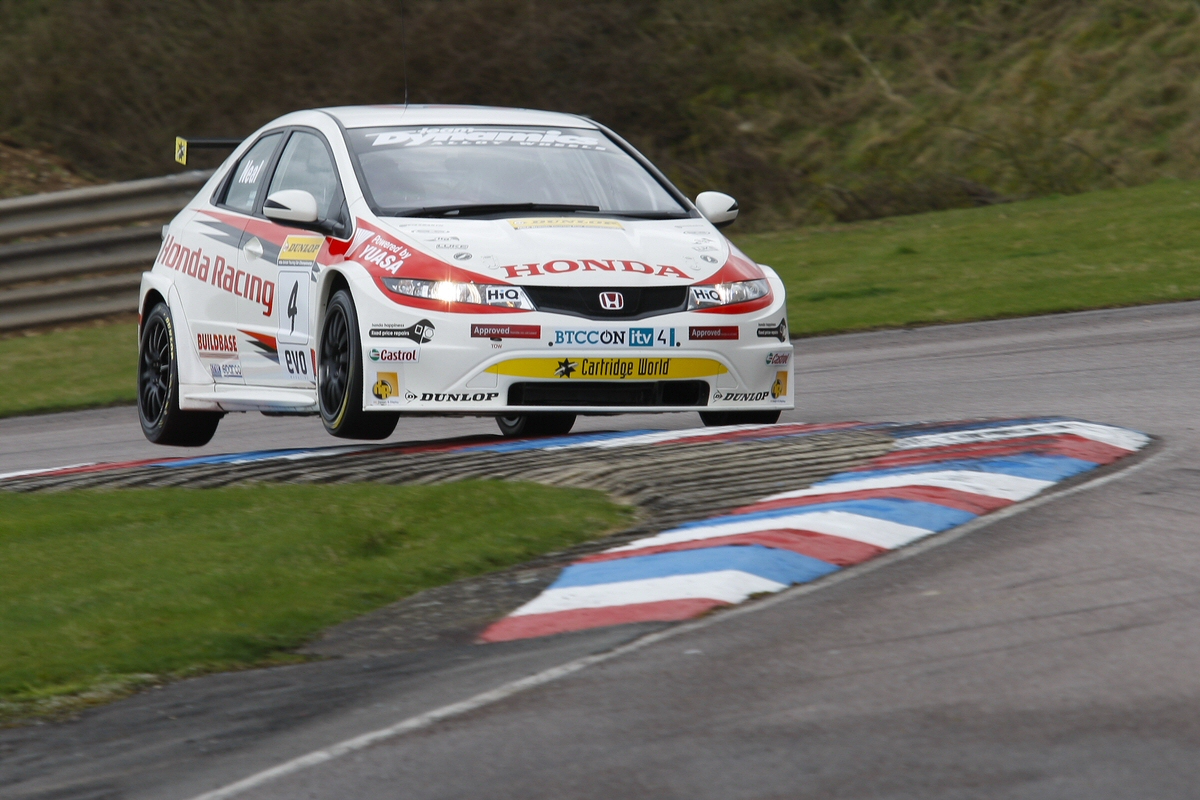 In the first free practice session of the season, Honda’s Matt Neal and Gordon have set the pace with the first and second fastest times around a damp Thruxton circuit.

Neal topped the timesheets in the 40 minute session with a time of 1 minute 24.407 seconds, some 0.236 seconds faster than his team-mate Shedden and nearly half a second quicker than the next best driver Fabrizio Giovanardi in third. Giovanardi, who only had his drive at Triple Eight announced yesterday, was quickly up to pace in his new black mean-looking Vectra.

Pace setter Neal told btcc.net: “I expected a dry line to start appearing but it remained slippery throughout and wet tyres was the best solution.”

The full times from the session can be viewed by clicking this link.

The session began on a damp circuit and with conditions not fully suited to one tyre, several drivers spent the session trying a combination of different rubbers. The forecast for the weekend is looking very mixed, with wet weather a high probability for Sunday’s racing so the data could prove invaluable if conditions are similar on raceday.

With conditions and set-ups varying so much, the top ten drivers were covered by 1.869 seconds – a time that can often cover most of the field. Fourth fastest was Chevrolet works driver Jason Plato, whilst Tom Chilton used the enging power provided by his car’s LPG-powered Turbo engine to set the fifth best time. The engine in the Focus has been a source of contention for some, Plato included, due to its top-speed advantage – the Ford’s were the fastest cars through the finish line speed traps this morning.