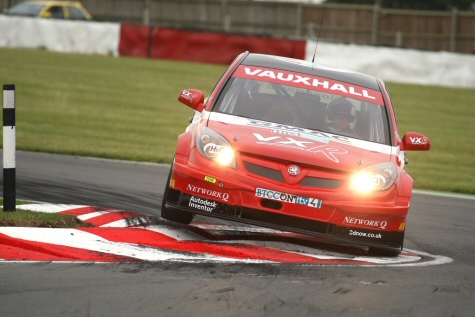 Former works Vauxhall driver and 2007 and 2008 champion Fabrizio Giovanardi has this morning been announced as the second driver to be racing for Triple Eight Race Engineering this season.

The deal means that Giovanardi will continue to race for the Triple Eight team that took him to two driver’s championships as a Vauxhall works team and further adds to the impressive entry list for the 2010 BTCC season.

After Vauxhall pulled out of the BTCC at the end of 2009 Giovanardi had been expected to go elsewhere, with rumours suggesting outings in Europe and possibly the World Touring Car Championships. However the 43-year-old Italian has secured a deal to race in the opening round of the BTCC this weekend at Thruxton, further cementing the championship’s status as one of the strongest in the world.

Triple Eight team principal Ian Harrison told Autosport -“He’s had very little mileage, just three miles going up and down the runway at Turweston Aerodrome on Thursday, but I think he can probably remember which way Thruxton goes.”

Giovanardi will be racing a newly-liveried black Vauxhall Vectra this weekend alongside new team-mate Phil Glew. Harrison has admitted that the current deal only extends to this weekend but is hoping to run Giovanardi for a full season, funding permitted. Given how that approach worked out for Jason Plato in 2009, one can only hope the Italian experiences the same luck.