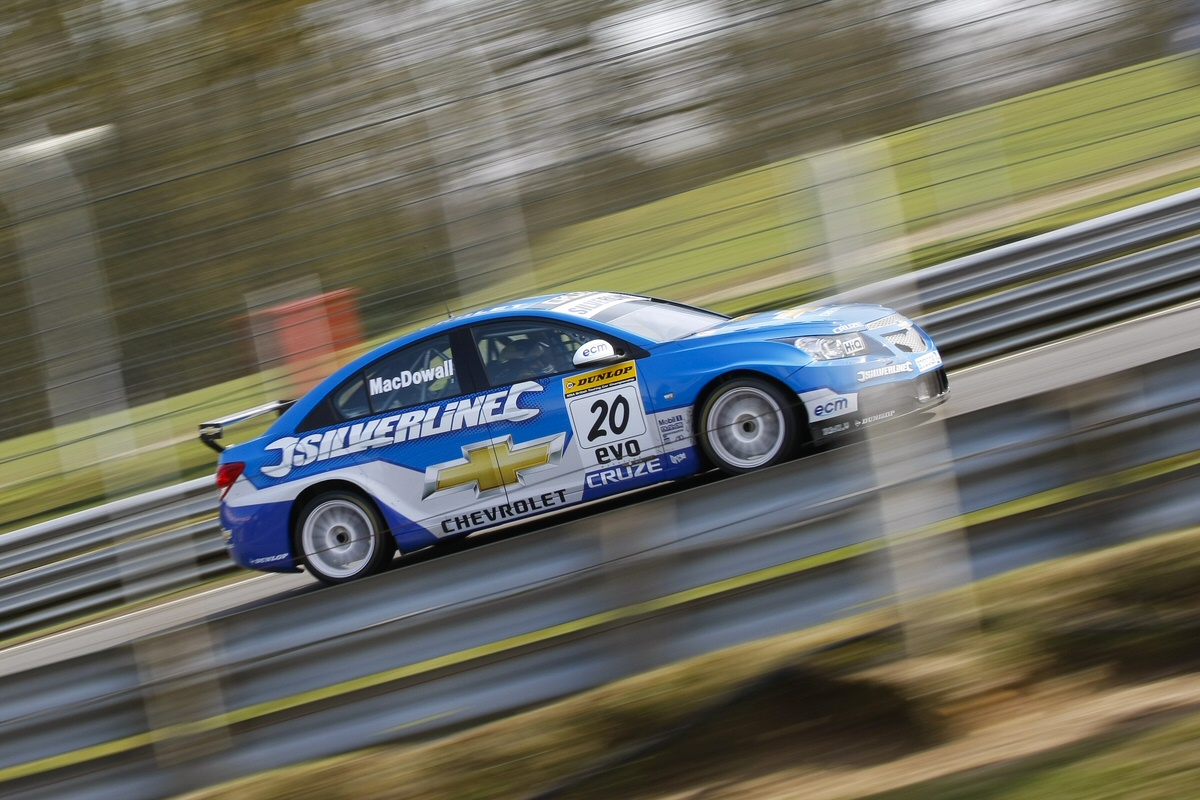 The newest manufacturer-backed team in the Dunlop MSA British Touring Car Championship has shown off its cars in full livery for the first time, at the same time setting a benchmark time in testing.

Driven by Jason Plato, the first distinctive blue Silverline Chevrolet Cruze was the fastest car in testing by two-tenths of a second, giving the team high hopes for the 2010 season.

“We made really good progress with the car,” said Plato. “Starting where we left off after testing at Oulton Park, we validated a number of changes we had made to the set-up and also found a few that didn’t work – just what a testing session is for.

“It was great to get even more familiar with the Cruze, and after setting the fastest time of the day we’re all geared up for when we get to Thruxton – we’re after big points.”

Plato’s team mate Alex MacDowall, the youngest driver in the series, was also pleased with the car.

“It feels quick and I’m getting increasingly confident with it,” said the Carlisle-based 19-year old. “I was a couple of tenths off the pace in testing, but we were trying out various set ups with the car and I know I could get it to go a lot quicker.”

The first race of the season takes place at Thruxton, Hampshire, on Sunday April 4th.