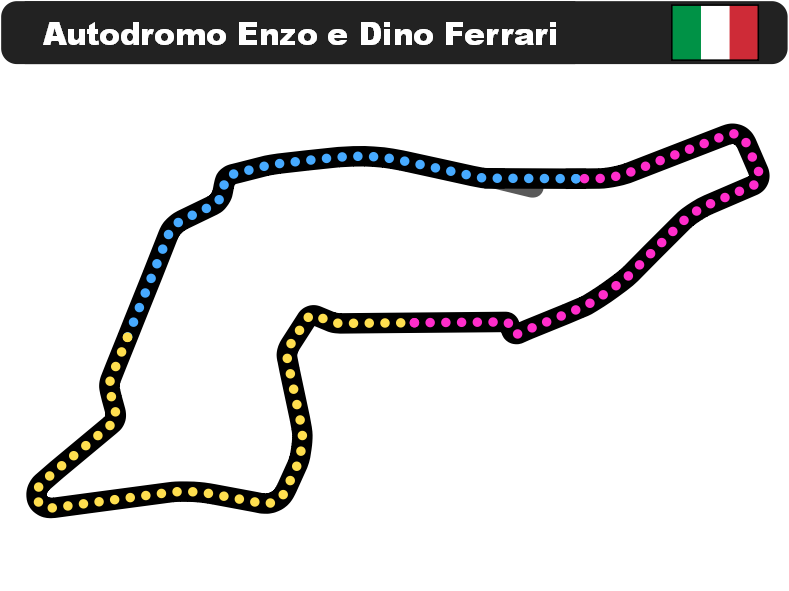 Officially known as the Autodromo Enzo e Dino Ferrari, in honour of Ferrari founder Enzo Ferrari and his son Alfred ‘Dino’, the circuit at Imola sits immediately to the south of the town of the same name in the Emilia-Romagna region of Italy.

The circuit opened in 1953, originally with no chicanes. Officially incorporated onto the Formula One calendar for the first time in 1980 when it hosted the Italian Grand Prix, the track became renowned for hosting the San Marino Grand Prix – even though the enclave is actually located 70 km to the south-east.

The first chicane, at the Variante Bassa, appeared in 1973, followed by the Variante Alta in 1974. In 1981, the Acque Minerali corner had a chicane installed which lasted until 1994.

Following the tragic events of the 1994 Grand Prix, the circuit had its most extensive modifications made for 1995. The first corner had a chicane put in, with another added before the Tosa corner. Acque Minerali was overhauled, whilst Rivazza and the final chicane were also reprofiled.

Finally, in 2008, the start-finish straight was straightened to bolster speeds into the first chicane to aid overtaking.